Reporter and writer. Fueled by coffee.

What She's Up To Today

A feed of my current articles and tweets 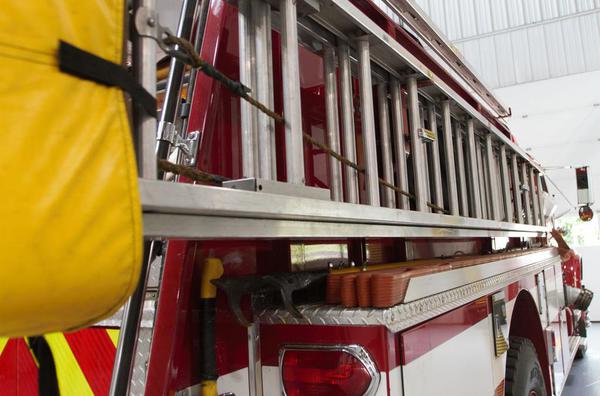 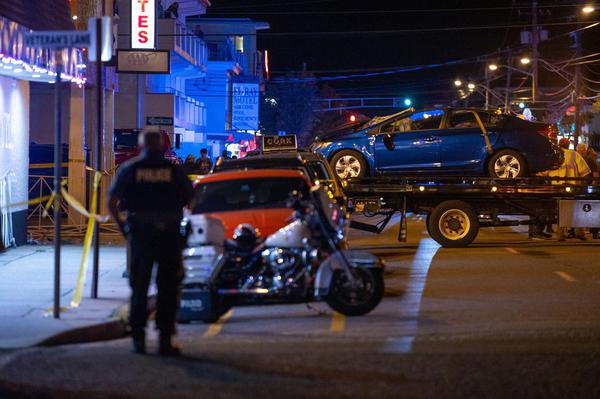 The driver charged in a fatal crash during an unsanctioned car meet-up in Wildwood has a documented history of traffic violations and recently survived a serious crash, according to court records and a family member. Gerald J. White, 37, of Pittsburgh, Pennsylvania is charged with multiple counts of death by auto, assault by auto and related charges for one of the crashes that marred the town of Wildwood Saturday night during a “pop up” gathering known as known as H2oi, or H20i or H2022. White 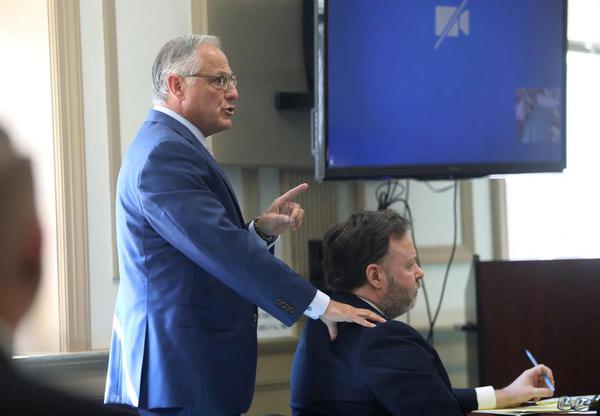 In the 24 years John Formisano spent as a Newark police officer, he never shot another person. And then he shot his estranged wife, a bloody killing for which he is currently standing trial. Video of former Newark police Lt. John Formisano admitting to the shooting death of Christie Solaro-Formisano was played in Superior Court in Morristown on Thursday, the second day of the trial. “I wasn’t involved in a domestic my entire life. I never shot anybody until today,” Formisano is seen on camera 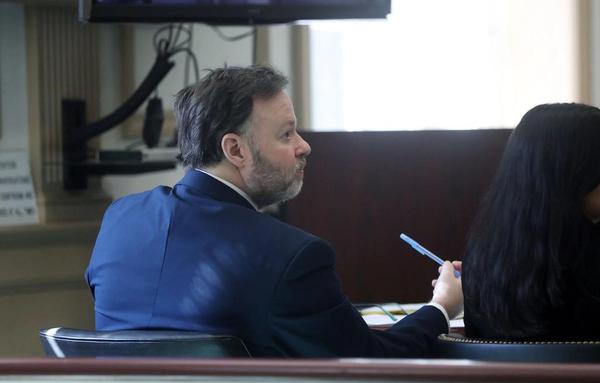 Ex-cop killed his estranged wife during break from reality, lawyers argue at trial

As a prosecutor described the brutal shooting death of Christie Solaro-Formisano outside her Jefferson Township home after she fled for her life, banging on a neighbor’s door that went unanswered, her estranged husband, the former Newark Lt. John Formisano, sat at the defense table, tapping a pen between his pointer finger and his thumb. He continued tapping the pen as a defense attorney outlined the reasons why Formisano was not legally responsible for her death, that it was a man who acted ou 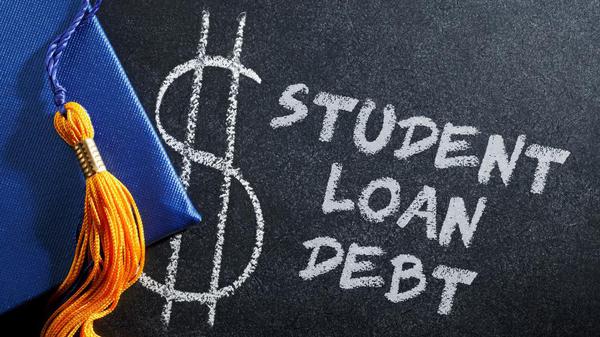 N.J. colleges with the highest and lowest student debt for graduates, ranked 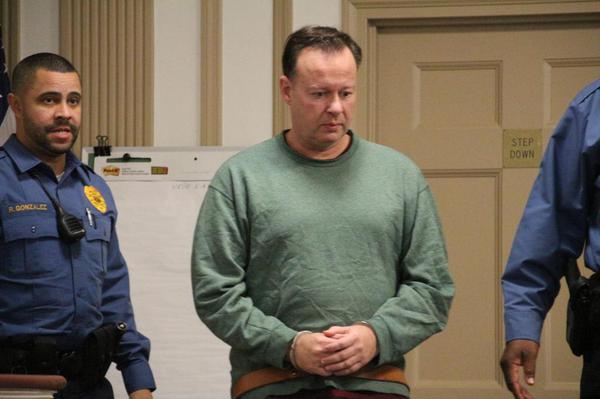 A former Newark police lieutenant is set to stand trial for allegedly murdering his estranged wife, more than three years after her death. Ex-Lt. John Formisano is accused in the July 2019 shooting death of Christie Solaro-Formisano and attempting to kill her new boyfriend at the Jefferson Township home the two shared before their estrangement. 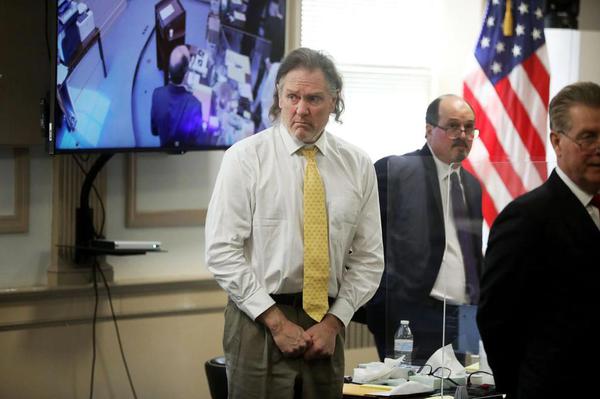 Ex-N.J. Olympian found not guilty by reason of insanity in shooting speaks out on ‘48 Hours’

A New Jersey Olympic equestrian who was found not guilty by reason of insanity of shooting his trainee at a posh Long Valley farm will appear on “48 Hours” Saturday night. Michael Barisone, an Olympic equestrian and renowned coach, shot Lauren Kanarek, an up-and-coming dressage rider, and attempted to shoot her boyfriend, Robert Goodwin, on Barisone’s farm after what he said was months of psychological torture by Kanarek. 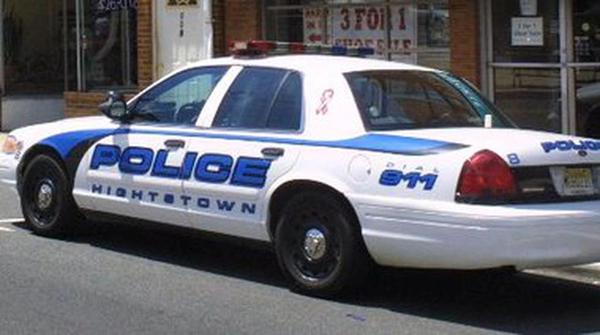 A 13-year-old boy was struck and killed riding his bike Friday night, Hightstown police said. The teenager, who police did not identify, was hit while crossing the road near West Ward and Mercer streets around 9 p.m., police said. Lifesaving measures were given, but the boy was pronounced dead at a nearby hospital. Police said the boy was riding across the roadway when a driver turned left and hit him. The driver remained on the scene, and was issued a summons for careless driving, police said 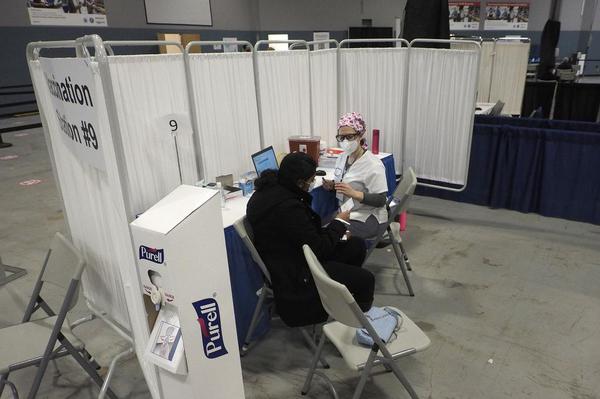 New Jersey health officials on Saturday reported another 1,786 confirmed COVID-19 cases and 6 confirmed deaths as the Centers for Disease Control and Prevention downgraded the last remaining counties from high to medium risk for transmission. It marked the first time in months that all 21 New Jersey counties had either “medium” or “low” risk for transmission. The seven-day average for confirmed positive tests was 1,290 on Saturday, a 12% decrease from a week ago and a 45% decrease from a month 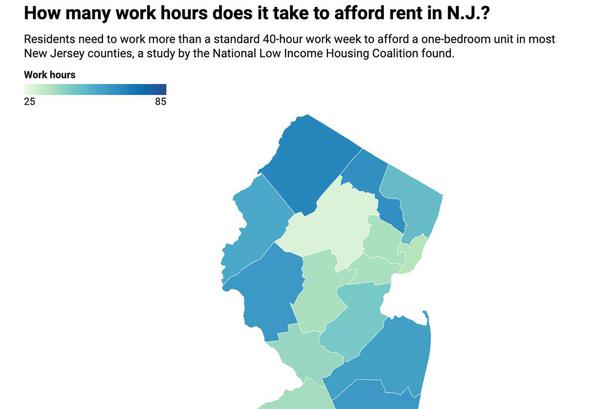 Here’s how many hours you have to work to afford the rent in each N.J. county

Renters in most New Jersey counties need to work beyond the average 40-hour workweek to afford a one-bedroom apartment, according to a study from a fair housing group tracking the rising cost of living in one of the costliest states in the nation. A New Jersey renter making median wages needs to work an average of 52 hours each week to afford a one-bedroom apartment without being overburdened by rent costs, according to the study released in July by the National Low Income Housing Coalition, a 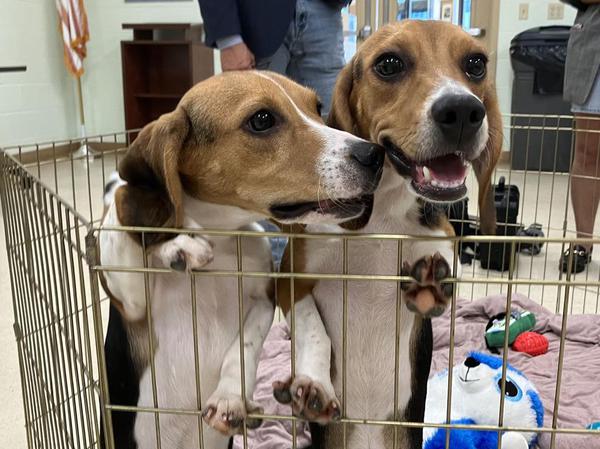 Life was not supposed to be good for these five beagle puppies. The five-month olds with big eyes, floppy ears and wet noses were bred to be laboratory animals, meant to live out their lives in cages as tests were preformed on them. But the fates of Nickolai, Courage, Esteban, Oscar, and Eros changed dramatically when a Virginia breeding facility was shut down for cruel and inhumane conditions. Some 4,000 dogs were removed and placed in rescues around the country in a massive Humane Society ev 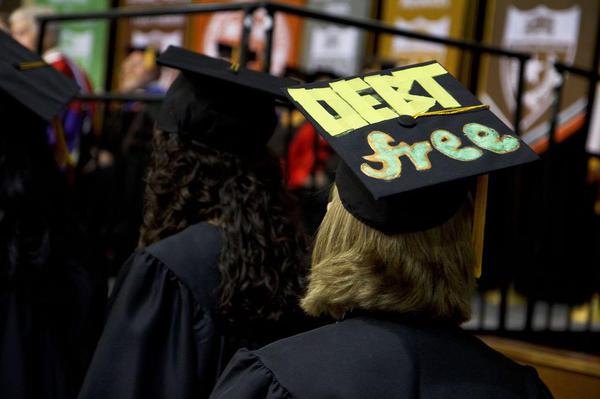 N.J. residents owe $43B in student loan debt. Here’s who could see that erased.

President Joe Biden announced a student loan forgiveness plan Wednesday that would erase $10,000 for most borrowers, a highly-anticipated move that came just days before loan payments were set to restart after years of pandemic-related pauses. But who in New Jersey will benefit from that? It could be more borrowers than you think. Of the 1.19 million residents who have federal student loans, nearly a third owe less than $10,000, the forgiveness limit for borrowers who did not receive Pell gran 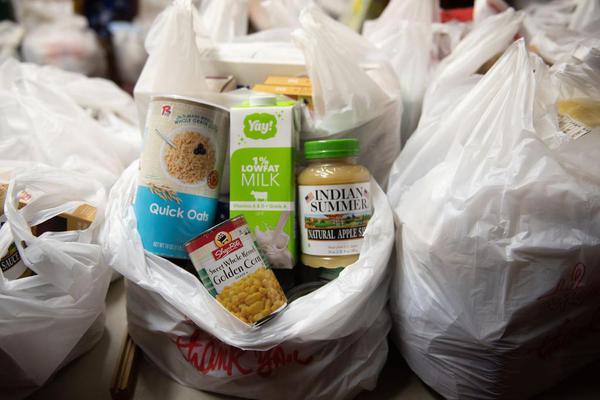 Families in dire straits in line for social services they never thought they’d need. Food pantries supplies dwindling. Exhausted volunteers scrambling to meet the need. It sounds like it could be March 2020, when the coronavirus pandemic first gripped the nation and caused a sudden spike in unemployment. But it’s happening right now. “This is now becoming even the greater event than we saw during the pandemic,” Fred Wasiak, the president of the Food Bank of South Jersey, said. Leaders at food 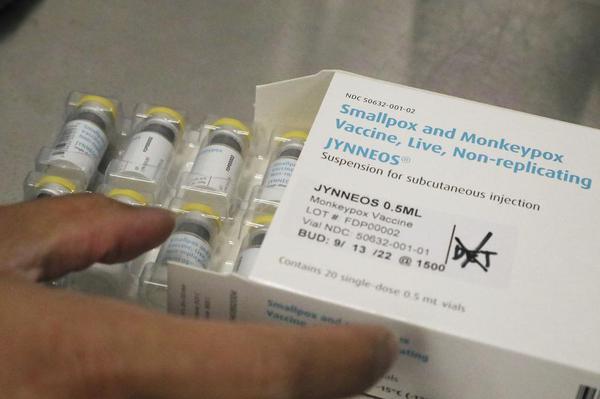 New Jersey now has over 300 reported cases of monkeypox in 16 different counties, state Department of Health officials said Friday. Infections have been on the rise in New Jersey, but have slowed from earlier in the summer when cases were doubling each week. An additional 91 cases were reported in New Jersey this week, a 42% increase from a week ago. New Jersey has increased the number of vaccine sites from five to nine in response to the growing number of cases. “These new sites will make it 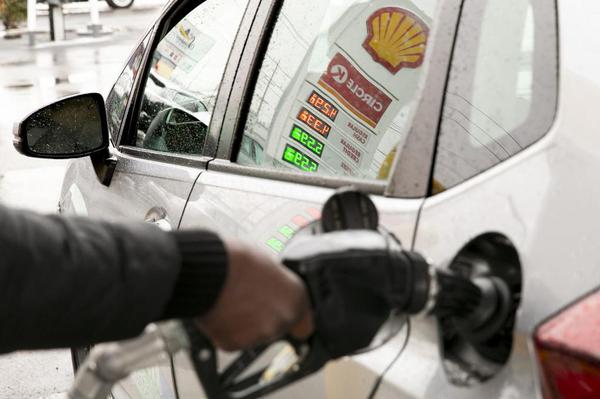 After surging over $5 a gallon in June, gas prices dropped below $4 nationally on Tuesday, though New Jersey’s still got some catching up to do. The average cost for a gallon of regular gas is now $3.99 across the United States, according to price tracking app GasBuddy. New Jersey is still 27 cents higher than that, with the statewide average of $4.26 a gallon, according to AAA. GasBuddy uses a combination of self-reported pricing by gas stations, data from user’s purchases on GasBuddy credit 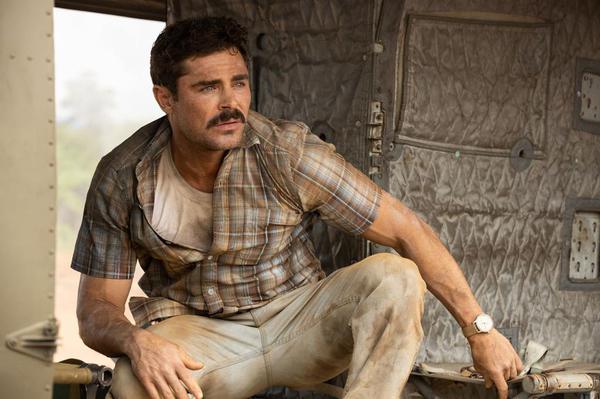 New Jersey was the birthplace of the film industry, and it’s working its way back into the limelight thanks to a record-breaking year of revenue from film and television shoots. More than $500 million in revenue came in from film, television, and commercial production in 2021, the New Jersey Motion Picture & Television Commission said in its annual report. That’s the highest single-year revenue reported to date. Nearly half of that came from television series and specials, but $193 million cam 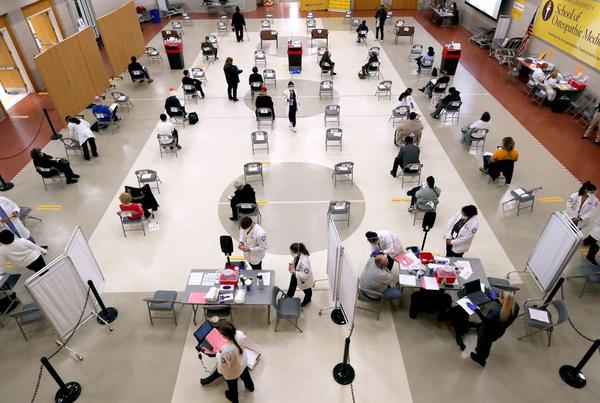 New Jersey on Saturday reported another 2,746 confirmed COVID-19 cases and nine new confirmed deaths. The number of high-risk counties as reported by the Centers for Disease Control and Prevention dropped to 14 on Friday. The number is up from only six in mid-July, but down from 18 on Thursday. Cumberland, Salem, Gloucester, Mercer, Hunterdon and Sussex counties are in the medium-risk category. Warren County is considered low risk. The CDC recommends that residents in high-risk counties wear ma 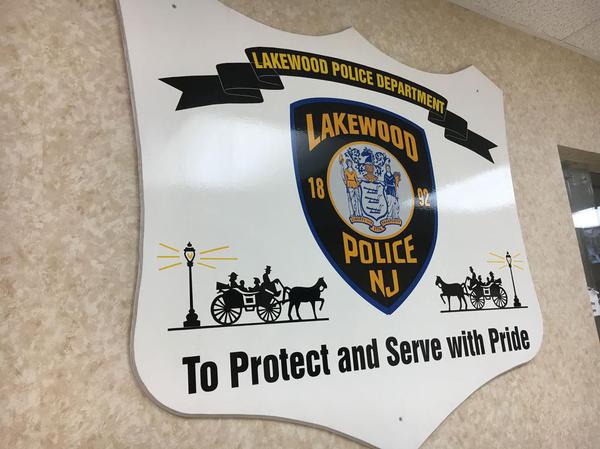 An intense rainstorm flooded Lakewood and the surrounding area on Friday night, leaving most of the town impassable and stranding dozens of cars, police said. Four inches of rain were reported in the Lakewood area of Ocean County, causing flooding, blocked roads and downed power lines. Most of the rain fell between 6 p.m. and 7 p.m., Cameron Wunderlin, a meteorologist at the National Weather Service in Mount Holly said. “It’s less of the fact that it’s a lot of rain, and moreso the amount of 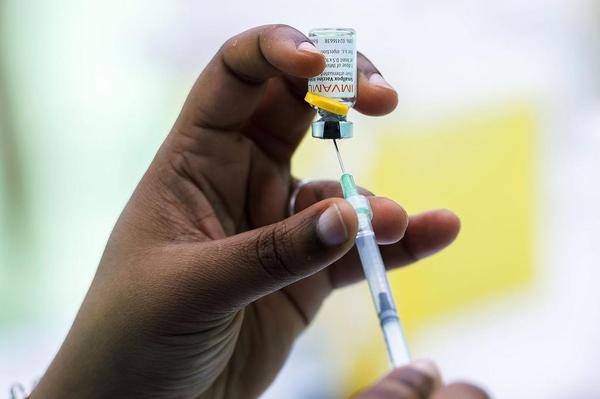 New Jersey has had at least 214 reported cases of monkeypox spanning 13 counties, state Department of Health officials said Friday. The federal government declared the monkeypox outbreak a national public health emergency Thursday after more than 7,100 Americans reported contracting the virus. The designation will allow the Biden administration to use federal money and other resources to combat the virus, which causes pimple-like bumps, fever, fatigue and other symptoms in those who are infecte 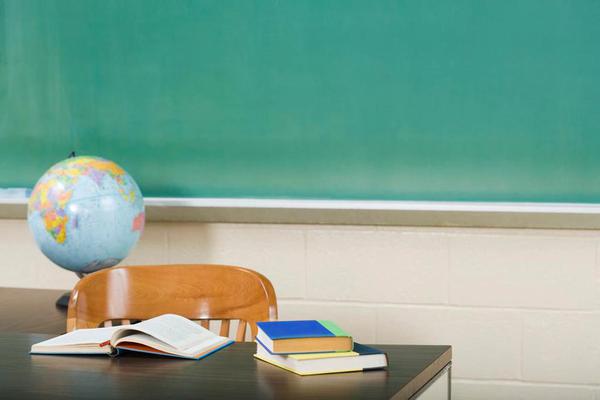 N.J. teacher pay: The highest and lowest paying school district in each county

New Jersey is known for having some of the best paid teachers in the county. But where you teach in the state can make a big difference, with wide pay gaps between counties and even within the counties themselves. The statewide median teacher salary was $72,931 during the 2020-2021 school year, according to the 2022 Taxpayer’s Guide to Education Spending, an annual breakdown of school expenditures released by the state Department of Education. That’s a 3% increase from the precious school year,
Load More Articles
Tweets by KatieKausch
Close ✕